Since 2019, China's southeast coastal areas have been suffering from persistent dry weather, and rainfall of some areas was less than one-tenth of the previous year in 2020, ranking as "exceptional drought". No one could have imagined that coastal cities would face drought problems. So what is quietly changing?

The International Energy Agency has released a report linking extreme weather conditions around the world to changes in ocean currents caused by melting Arctic ice. This has led to unusual climate changes in large areas of the world. For example, continuous heavy rains in South America and East Africa have flooded arid deserts. On the other side of the Pacific, the situation is opposite. Australia and Indonesia are experiencing severe droughts because of a lack of the usual wet ocean currents.

In order to combat the global greenhouse effect and climate change, as a country which Advocates carbon neutrality, China is actively developing clean energy such as nuclear power. Since 2015, China has started the construction of a demonstration fast reactor project, which was built and operated by a nuclear power company of CNNC.

Mr Shen, head of CNNC's Water supply department, said, " without adequate amounts of fresh water, many on-site construction operations cannot be carried out, and drinking water for workers is also a problem. This will seriously delay our construction plans, so we are actively looking for a desalination equipment that can be quickly transported to the site and meet the requirements for construction. However, many desalination equipment are custom-made products with long construction periods and cannot solve the pressing difficulties we are facing." The construction site of the nuclear power plant

QT Enviro-tech was recommended to CNNC by the well-known seawater desalination research institute. After understanding the solution of  fastRO®, Mr Shen recognized it very much, and said,” The fastRO® C Series has a wide range of types and capacities ranging from 50 to 2000 m3/d, making it suitable for small to medium scale desalination scenarios ,like ours. Finally, we chose the C500E according to the total amount of water that we need. Standardized equipment helps us greatly shorten the up-front design time.”

“But , that's not all. With an integrated design, all desalination components, including piping and control systems, are preassembled in container. After the installation and testing of the internal components, the container is quickly transported to the site by truck. It really helped us out!" After the equipment produced freshwater with the help of the QT Enviro-tech service team, Mr. Shen relaxed, and said,” the fastRO® lives up to its name. It can be quickly installed and debugged in a few days. Each instrument, valve and water tank is clearly visible and easy to operate. The user-friendly touch screen setting greatly simplifies our operation. After the workers had a taste of the produced water, they found that the salty seawater had really become fresh water! However, we ask for more than that." 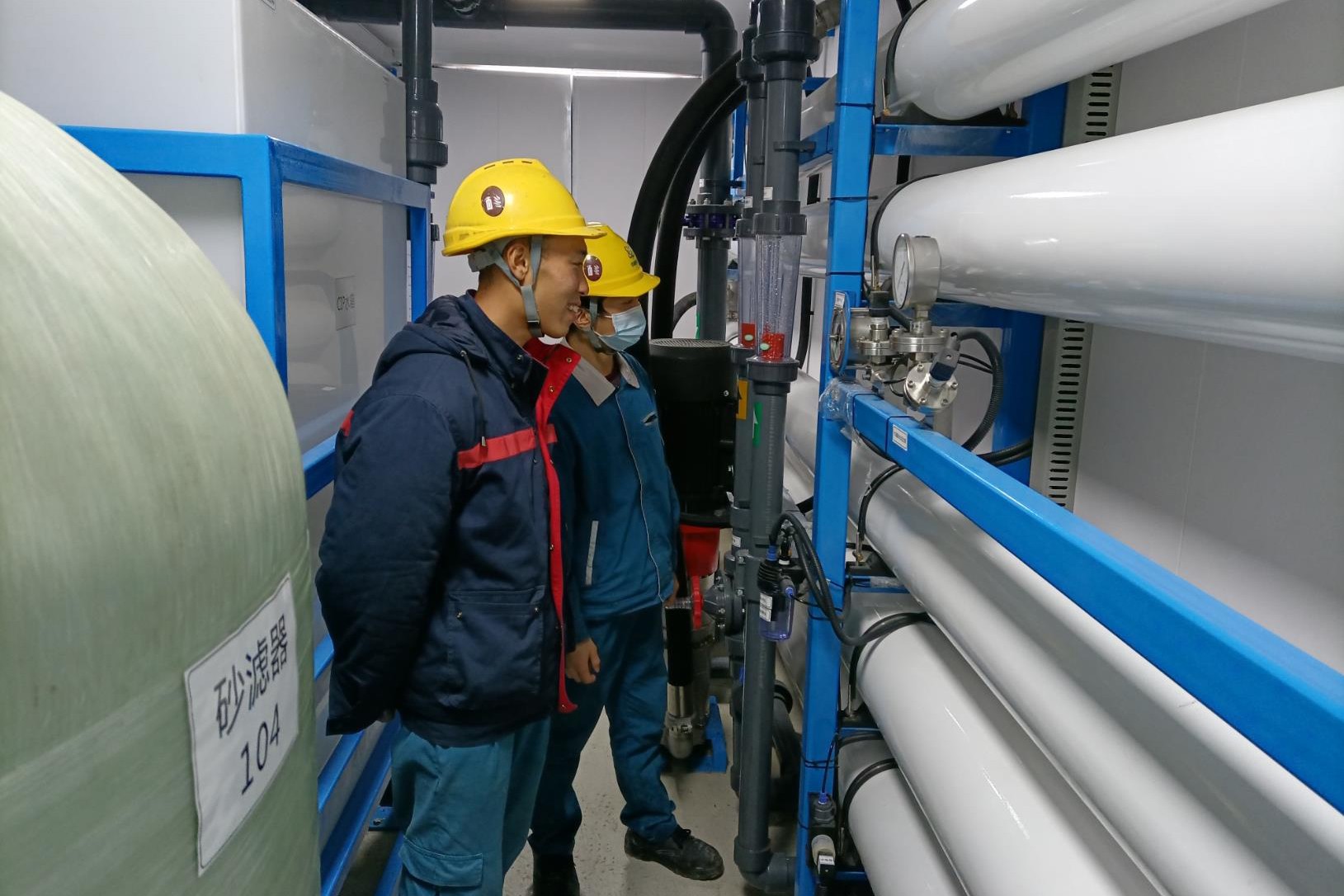 The freshwater quality meets the standard of concrete construction

Nuclear power plants are located in complex environment，which are located in coastal areas and are subjected to the erosion of salt ions, so the requirements for concrete mixing water are very high, especially the chloride ion content can not exceed 500 ppm. Therefore, our solution focuses on the quality of water produced, "said Chen Shitao, General Manager of QT Enviro-tech.

After seeing the results, Mr. Shen said excitedly, "All the test data of the freshwater produced by the fastRO® are qualified! The concrete strength tests are also successful! Now, the freshwater can be used for construction!" 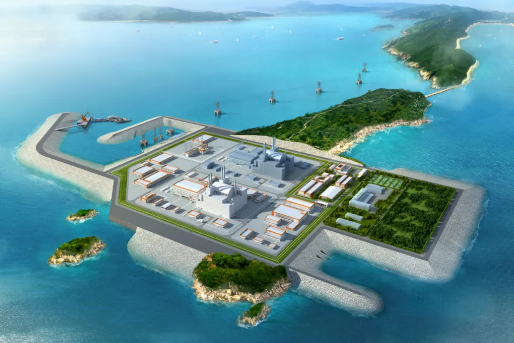 A vision of the future of nuclear power plant

Although workers are still fighting the drought, they have a continuous supply of freshwater from fastRO® to ensure the quality of the concrete works. It is believed that this fast-reactor nuclear power plant will provide clean energy for the Chinese people and contribute to the global warming problem in the near future. At the same time, QT Enviro-tech will continue to provide professional desalination solutions for the global water shortage. 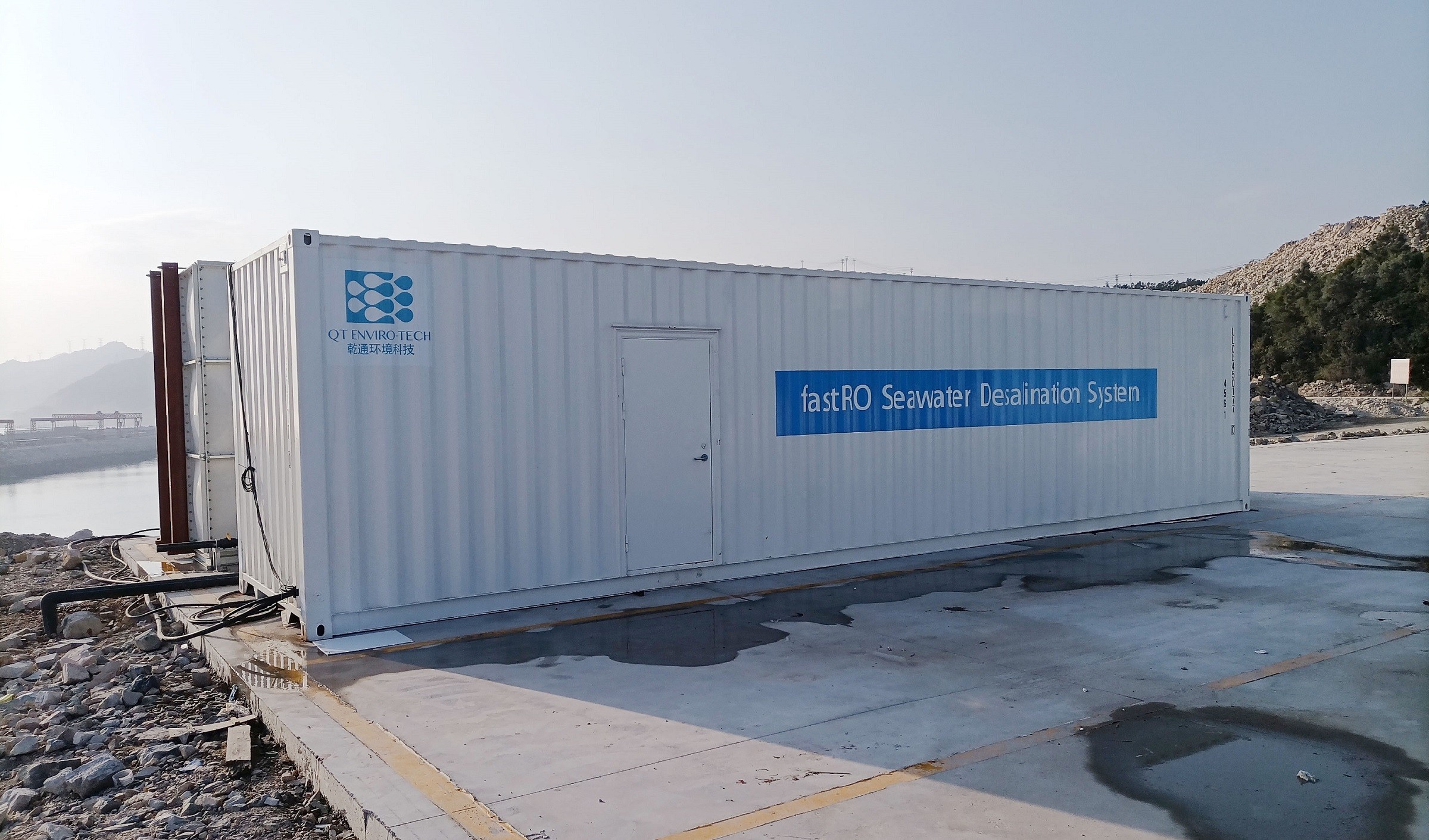